Baby it's Cold Outside!

Look who went totally AWOL for the weekend and Monday. What can I say - it's getting to be that super busy but oh so fun time of year! :o) There's lots of running around, gift buying, gift wrapping, baking, cavorting and merry-making to be had!! And in less than two weeks I'll be back in Toronto celebrating Christmas with mi familia!

This was pretty well priority numero uno this weekend. As soon as Saturday rolled around I tallied my Cans4Comments . . . you peeps commented 39 times in the time period!!! YAAAAAAAYYY!!! 39 cans to feed the hungry homeless.

The fiance and I headed off to the grocery store armed with money for the cans and a camera to document it all! lol When we got there we headed to the bulk can area and chose items we thought would be filling and yummy. We ended up buying cream of mushroom, cream of tomato, and veggie soups, plus a bunch of baked beans. Given the way the cans were packaged we ended up donating 45 cans! :o) 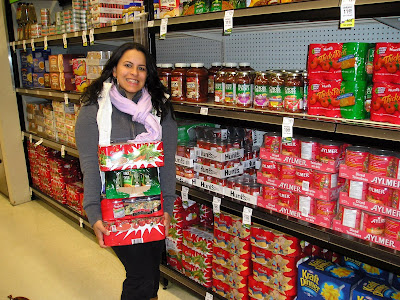 By the time we were finished taking pictures with our cans there were more than a few security guys stalking our aisle. I think it looked like we were stealing. Or were overall sketchy. You know - 'cause all thieves take pictures before they walk off with their shoplifted goodies. lol :oP

I have to say, donating those cans felt GREAT!!!! Thank-you everyone for participating. And thank-you Chris+Lynn (my brilliant wedding photographers) for cooking up the idea in the first place. Here's hoping next year is even bigger!

Get Your Move On - A Fit of Lunacy

While chilling on Sunday I happened to look outside and realized it was a ridiculously clear and beautiful day. Of course I somehow managed to forget that it was ridiculously clear 'cause it was -21C (-6F). Brrrrrr!!!! In a total fit of lunacy I suggested we take a hike in that weather. Silly moi! :oP So off we went. I bundled up in furry boots, ski jacket, ski gloves, and a toque. It wasn't the cutest look but I was warm (or something like warm). We headed to a local trail that leads up a small mountain and straight to a scenic overview of the Rockies.

Since it was so cold, Daisy had to wear her sweater. 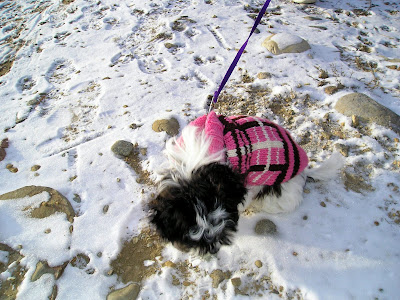 She usually fights us when we try to put it on but once she gets outside she's happy to have it on. The poor puppy would probably freeze without it!!! 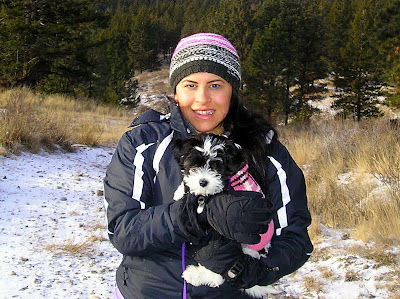 Look! It's a cute puppy and yours truly (bundled up in about 20lbs of layers). I think her sweater matches my toque. We're cute like that! :oP 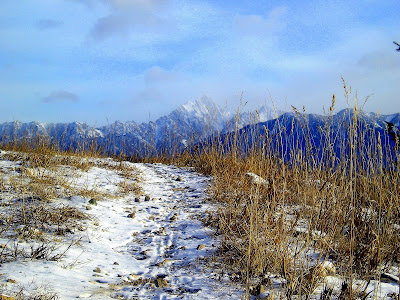 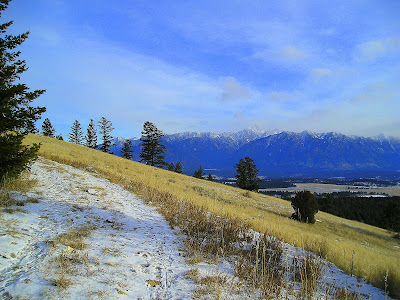 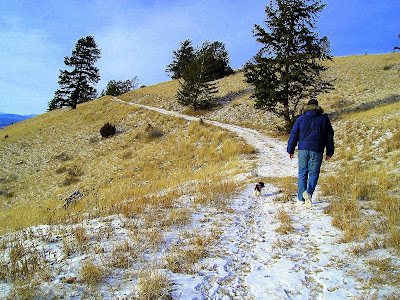 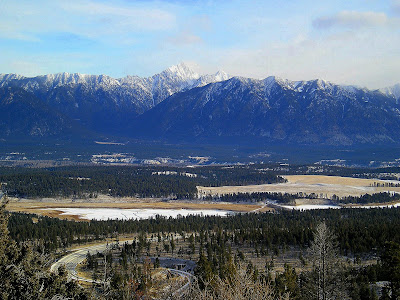 For most of the hike, Daisy got to hang out off leash. She loved it!!! Of course I threw the leash back on her when the eagles started circling. If need be I was going to fight them for my puppy.

Thankfully we made it down off the hike with our puppy still in tow (no "Oregon Trail" type incidents here :oP) and only moderately frost bitten. No joke - we couldn't feel our chins by the end of the hike. Next time I'll bring a scarf . . . or wait for Spring! lol

The Chic Life suggested that food bloggers participate in the Holiday Cookie Challenge 2009. The idea is that for every weekend in December you bake cookies. And then you give them away - an awesome way to spread the cheer!

For my first cookie recipe I made a wonderful Martha Stewart recipe - using my massive Martha Baking book gifted to me by my mom! :o) 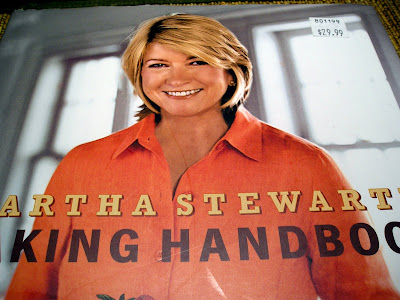 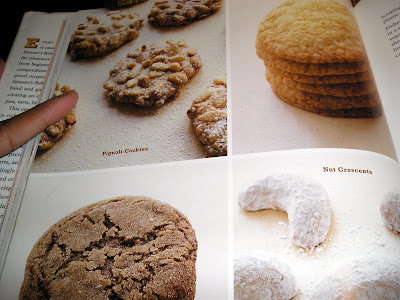 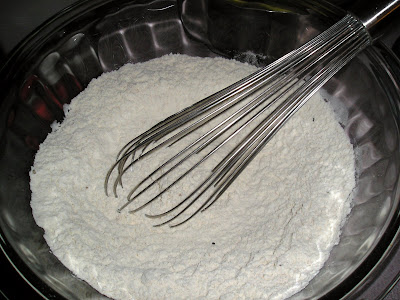 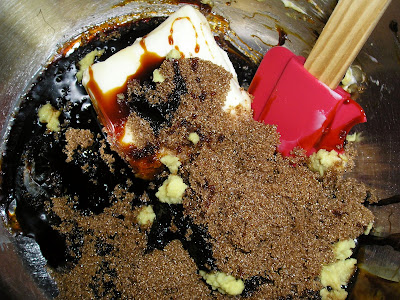 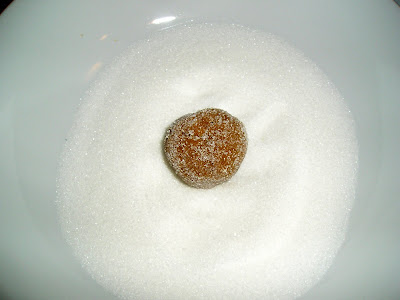 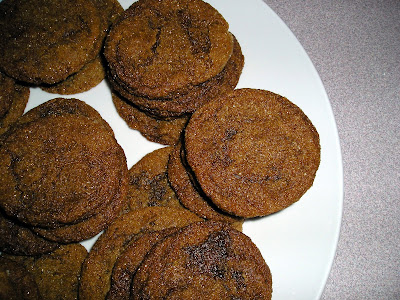 They turned out FABULOUS!!! Perfectly spicy and chewy with just the right amount of sweetness. Thank God I was giving them away because I would have devoured them all - Cookie Monster style! :oP

Since I was already baking I decided to keep on going and made some cranberry pound cakes. 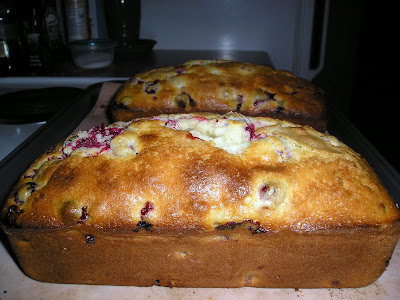 I've been making this recipe for years and it never fails. It's a total standby that freezes beautifully and seems to make everyone go "Nom nom nom!" LOL

Given that it was SO cold outside I also downed some noodle soups this weekend. Honestly, I don't know how I'd make it through the winter without them. Homemade pho is the way to go! 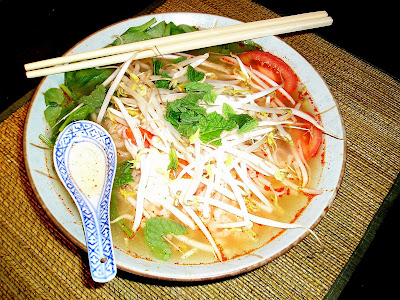 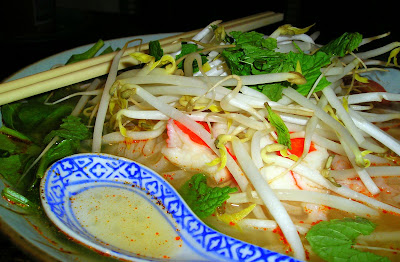 In fact I think I'll hook myself up with some more pho at lunch today! Have you ever had pho? It's a meal in a bowl - fresh tasting, filling, but not overly heavy! Highly recommend it!

Now you're all caught up on my weekend which means I should head off to work. But I didn't want to end things without telling you about my girl Aron.

Aron blogs over at Runner's Rambles. In the last couple of years she managed to turn herself into a marathoner. And a REALLY good one at that!!! So good, this past weekend she got her BQ!!!! Which means she qualified to run the Boston Marathon!!! YAAAAAAAAA!!!!!!!!!!!

She's worked really hard for this and I know how much it means to her. Congrats Aron!!!! :o)

Posted by A Toronto girl out West at 8:09 AM

oh.. it's really cold where you are but soooo beautiful too!!!
cookies and pound cake?? woooo .... YUMMY~~~

I'm not sure if we talked about this yet BUT I'm a BC girl too!! I could tell by the views you were somewhere in this neck of the woods!! Gorgeous pictures!

Do you have a recipe for that PHO soup, it looks amazing!!

Look at you with the Cans4Comments donation - love it!!! Looks like I will be taking a trip like that to the grocery store soon.

-21? BRR, I am so not ready for temps like that. Awesome that you got to enjoy the beautiful sunny day - even if it WAS freezing.

THANK YOU so much for the extremely sweet shoutout and all the excitement this weekend too :) yayyyy!!

i wnat to take my dogs to the snow so bad!!! i will have to this year, it will be hilarious :)

I know it was freezing, but those pictures are GORGEOUS!!!

And please feel free to mail me some cookies if you need to 'give them away!' Actually, send the poundcake instead! YUM!

Wow look at all those cans! What a great job you guys did! :D

Oh my gosh, absolutely gorgeous hike- makes me want to come visit you!

Especially if you'd give me some of those cookies haha

You sure were busy this weekend!! I love the views and the baking.

I'm sure your local food bank appreciated all those cans. Would you mind my stealing the idea for my own blog? I'd be sure to link back to your site...

THANK YOU! God bless you for this generous deed! The need is bigger than ever!

Good job on the can donation, I'm sure it was much appreciated. And hello baking and delicious pho. Actually, I've never had pho. But it's asian and soup, so it has to be good, right?

Hi Karen! I got your gift today... I LOVE IT!!! Seriously, it is so awesome. I squealed when I opened it up :) Promise to post about it soon - just wanted to let you know. Thanks so much!! :)

What a wonderful idea with Cans4Comments!! I'm sure I'm not the only blogger that's thinking...hmmm. :P

Love the photos and love the idea of holiday baking every weekend, which I have found myself doing regardless, but giving the cookies away is so sweet!