I'm feeling loads better tonight!! That makes me a very happy camper given this morning I was at my hacking cough/wheezing best. I finally have some colour back in these cheeks of mine. Woohoo! :o)

I'll get to continuing the tale of my Victoria exploits but let's deal with some business first. Shall we?

I still have to catch you up on more of my vacation explorations but first I want to address the subject of the 2009 Blogger Secret Santa organized by the awesome Danielle of Around the World in 340 Days. To participate all you have to do is send her an email at aroundtheworld340@gmail.com with "Bloggie Secret Santa" in the subject and your name and address in the body. She'll be announcing the swaps on November 27th!

I'm definitely participating and have already sent my info! Are you in? :o)

The wonderful peeps over at Broth Don't Lie have put together a very comprehensive list of Canadian food/health bloggers. Head on over to their site and see if you're included. If you or anyone else is missing feel free to get in touch with the admins!

For a limited time the GAIAM online store is offering 99cent shipping (until December 8th). They have all sorts of cool health and fitness products perfect for Christmas gift giving!


Garmin Forerunner at a Steal!!!!

While shopping at Costco recently I noticed that they were selling the highly coveted Garmin Forerunner for just under $175!!! That's a great price!

Don't have a Costco near you? That's okay you can get it online at the Costco.ca store. For American customers - you should still be able to use your U.S. Costco card to shop on the Canadian site.

When the Fiance and I decided we were heading back to Victoria I knew what one of my first restaurant stops would be. Tamami.

Say it with me "Tamami!" lol :oP Doesn't it just sound the way good sushi should sound? 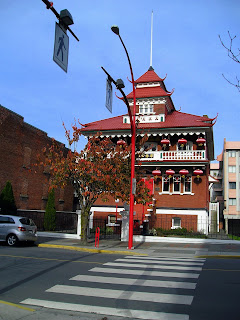 Victoria has a very small but extremely well preserved China Town. It's the second oldest in North America (right behind that in San Francisco) and is full of cool buildings. For example, the one above is a Chinese school that was apparently built when Chinese students were not really welcome amongst other children. 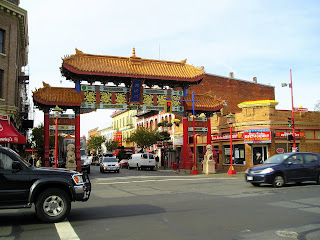 One of my favourite things in Victoria's Chinatown is it's impressive gates. They're beautiful and create a real focal point for the street. That's right, I said street. Chinatown is fully comprised by one small block of Fisgard Street. 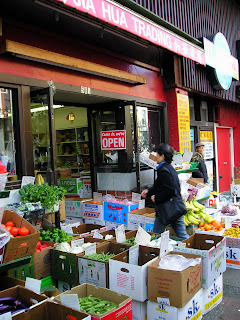 Usually people come to Chinatown juts to partake in their dirt cheap produce. But we were there to visit my favourite sushi restaurant - possibly in the whole world - Tamami. 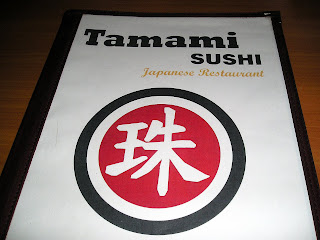 Tamami is located where Fisgard Street meets Wharf. It's completely unassuming from the outside but once inside you realize it's something special! 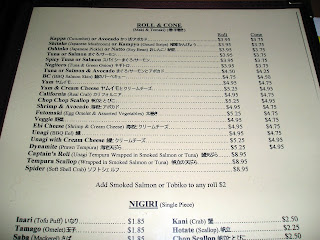 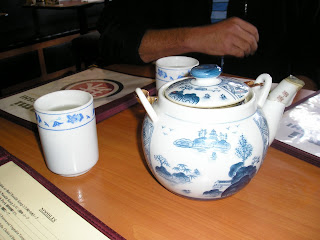 Upon our arrival we were given warm tea towels to clean our hands and faces. This was promptly followed by a lovely tea pot of Japanese Genmaicha tea (a lose leaf green tea with brown rice). 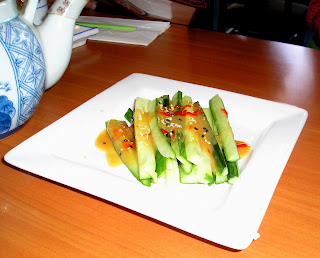 When I lived in Victoria I used to come here all the time. That's how I got to know the owner. Now when we visit he always gives us complimentary food - like the dish above. 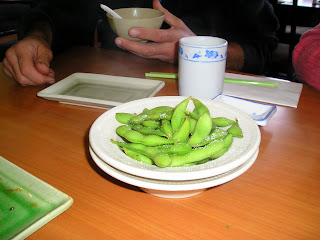 The edamame was also complimentary. Did I mention it had been 14 months since I'd last been there?!?! Impressive. 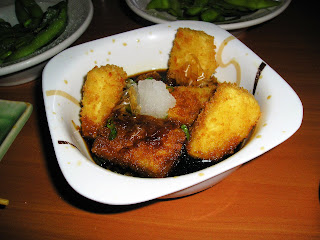 One of my favourite dishes at Tamami is their agedashi tofu. Basically it's deep fried tofu wrapped in a perfectly crispy layer and drowned in an absolutely delicious sauce. It's humble looking but seriously good. 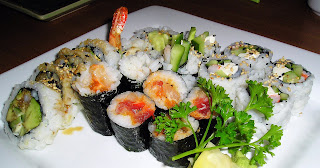 There can be no doubt, however, that the star of the show is the sushi! Here we have some ebi cheese (the Fiance's favourite), spicy tuna, and dynamite rolls. YUM!!! :o) 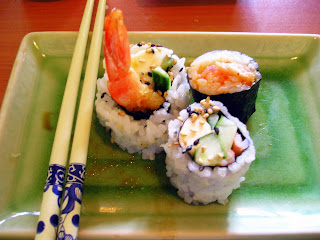 You see these chopsticks? They're mine! :o) That's what happens when you're a regular customer - they give you your own pair of chopsticks. When I realized what the deal was with the wall of chopsticks behind the sushi chef, I became completely determined to get my own pair. Many outings later I got them!!!!

I love knowing that there is a restaurant where I have my own cutlery. I think it's kind of cool. :o)

Tamai didn't disappoint. The sushi was as wonderfully fresh as ever. Plus I was completely impressed that they remember me all this time later. It made me feel special! Awww . . . lol 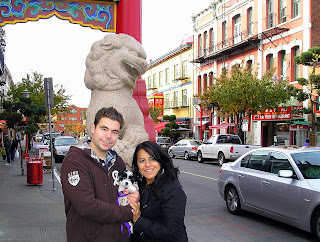 I think it's pretty safe to say I had an awesome outing at Tamami. In fact it pretty well made my day!

Posted by A Toronto girl out West at 8:12 PM

That's all I have to say.

a bike rider in the big smoke said...

having been to Tamami with you, I totally agree that it is a great place! :-) I think it beats most Toronto sushi by a mile. I wish I had my own cutlery at my favourite restaurant too!

So glad you had such a fantastic West Coast sushi experience!!! :o)

that place does make fab sushi.